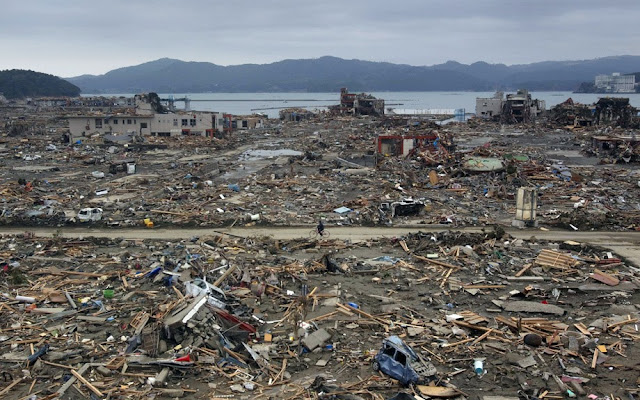 A Japanese survivor of the earthquake and tsunami rides his bicycle
through the leveled city of Minamisanriku, in northeastern Japan, Tuesday March 15, 2011.

Before and after Tsunami.. 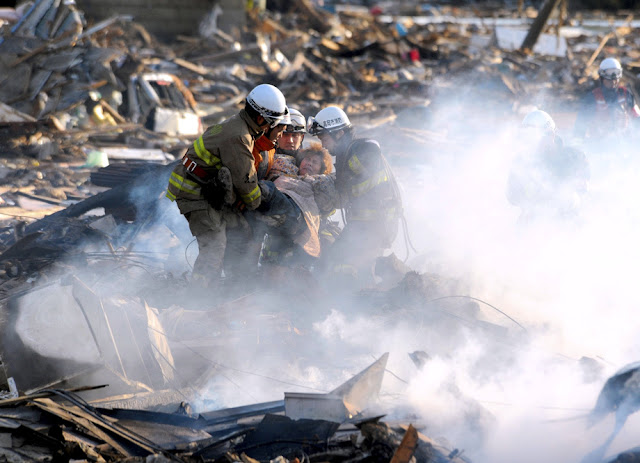 A resident is rescued from debris in Natori, Miyagi,
northern Japan, on Saturday, March 12, 2011,
after Friday's magnitude 8.9 earthquake and 13-foot tsunami
struck the northeast coast. The earthquake was the largest in Japan's recorded history. 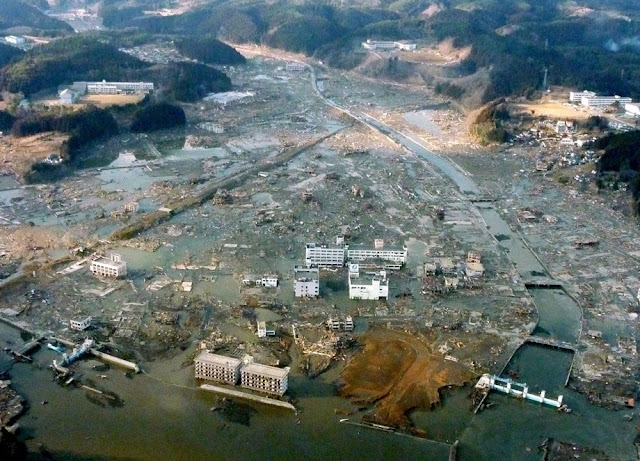 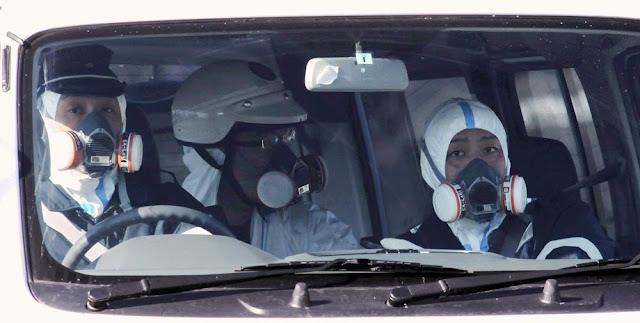 Police officers wear gas masks near the Fukushima nuclear-power plant
in Okumamachi, Fukushima Prefecture, Japan,
on Saturday, March 12, 2011. The masks are worn as a precaution
in the event of a meltdown after Friday's powerful earthquake and tsunami. 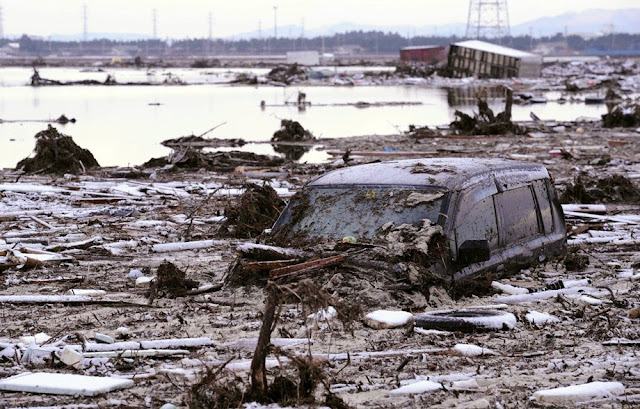 A vehicle is buried in mud and debris after it was washed away
by a tsunami in Sendai, Japan, on Saturday, March 12, 2011. 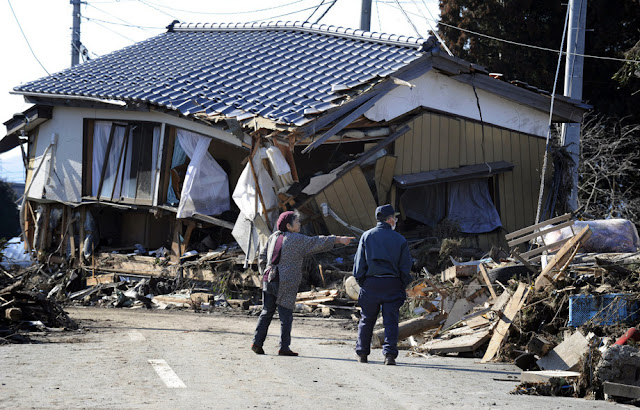 A house rests in the middle of a street as an elderly couple surveys
earthquake and tsunami damage in Minamisoma,
Fukushima Prefecture, Japan, on Saturday. March 12, 2011.
More than 1,000 people were feared dead and
authorities warned a meltdown may occur at a nuclear plant
after Friday's 30-foot tsunami and magnitude 8.9 earthquake.
source : click here
Posted by Unknown at 9:54 AM

WELCOME TO MY SHOP


get this widget here